I started writing this post in the beginning of February while I was at the airport after spending the last month in Medelin, Colombia. I was there with a group called Unsettled that plans month-long retreats around the world for people looking to grow personally and professionally. Since being back I've been spending time apartment hunting in New York City (which I just completed!) and traveling to Montana and Idaho so I haven't had a chance to finish my thoughts on my trip until now.

I was attracted to the Unsettled experience because living nomadically since May without spending more than a week in one place, besides New York, left me feeling pretty disoriented. Being able to spend a full month in one country and one city slowly enjoying a new culture was what I felt I was missing before settling back down again. Having 14 other people accompany me on this journey was a great plus that proved to be even better than I expected. 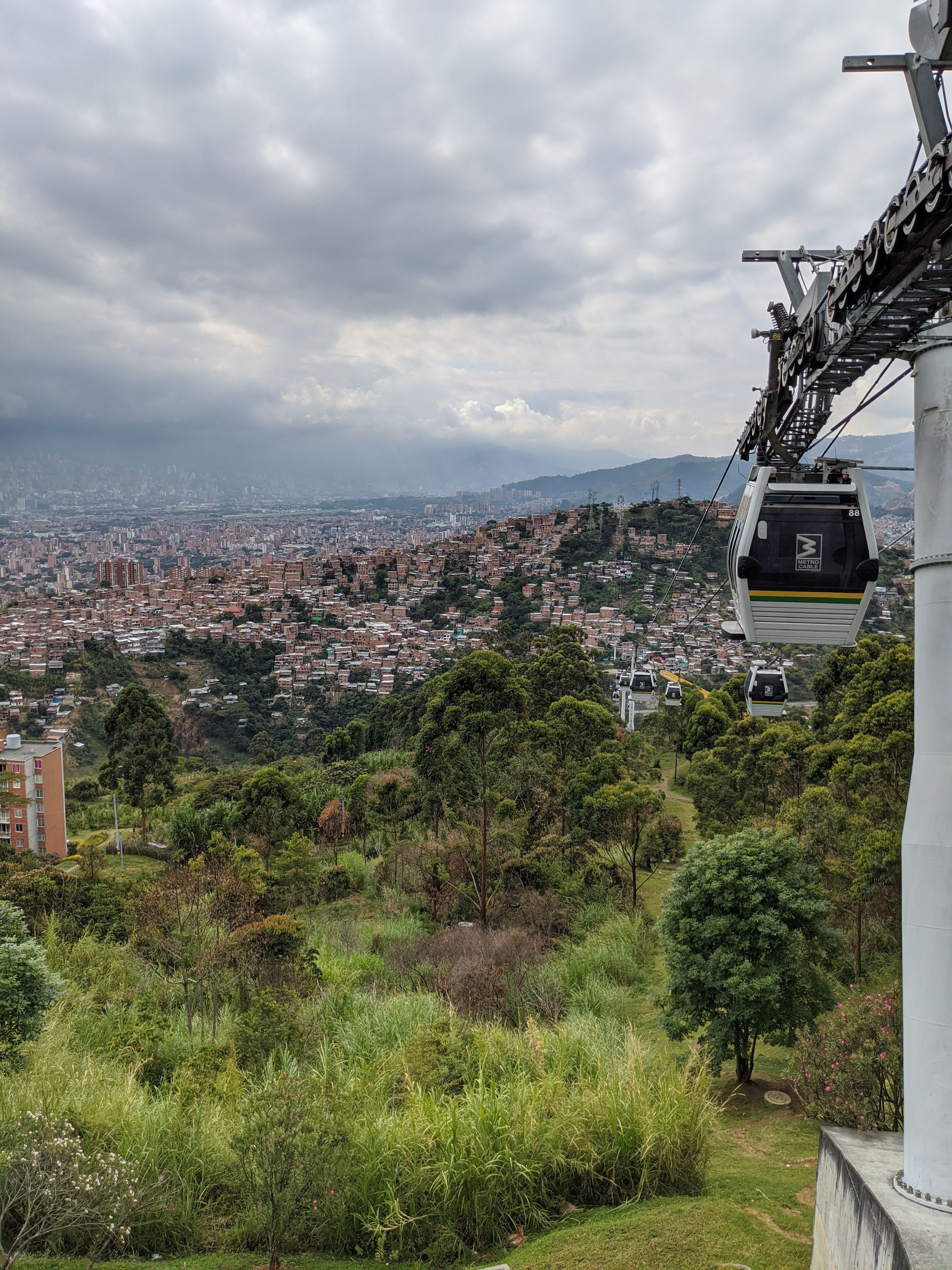 I have to start by talking a bit about Medellin itself. I first went to Medellin in June of 2019 to visit friends who were living there for a couple months and I fell in love with the city. From my experience, Medellin is one of the most beautiful cities in the world. They don't call it the city of eternal spring for nothing! The weather was amazing for most of my trip except for just the two times it rained. Medellin also has a ton of places throughout the city that offer incredible views. The city is a part of one of the most densely populated metropolitan areas in the world with buildings sprawling for as far as you can see. There is also a great public transit system that includes metro, cable cars, bikes, and even escalators as transit. Ubers were also a very cheap way of getting around but they pulled out of the country on our last week so we had to find alternative solutions including Didi and Cabify. Despite what you might think from TV shows like Narcos, Medellin is a relatively safe city. I felt just as safe as I do in most major cities in the United States. The city and the country have come a long way from the narco days of the 80s. In my month in Colombia, I learned a lot about the history of the region which gave me a greater appreciation for the resliance of paisas, the local people, and how far they have come to create such an amazing, vibrant place. My fellow unsettlers were an incredibly diverse group of people. They came from all over the world including the United States, Canada, the United Arab Emirates, Switzerland, Austria, Egypt, Russia, and South Africa. Some people were working full-time, some were working part-time, some were in transition figuring out what their next steps are, and others were just taking a break from their existing careers to recharge. I learned a lot from everyone in this group and made friends that I will continue to stay in touch with. Throughout the trip different group members hosted workshops on topics that they were passionate about ranging from using imaginary friends to personal finance to different models of thinking about life. I didn't know what to expect from these workshops but I came to really appreciate learning from different perspectives I'm not used to learning from and forcing myself outside of my comfort zone. Since several of the people on the trip were themselves freelancers and small business owners, I also got the chance to learn more about how they work and the challenges they face which was helpful for my continued exploration of that space.

During my last week in Medellin I started to meet people in the Colombian startup and tech scene. I was introduced to an angel investor based in Medellin through an old co-worker. The investor helps his startups recruit remote engineering teams in Colombia and is working on a lot of interesting projects in the area including a coding school. Through him I was introduced to the founder of the TurboTax equivalent in Colombia called Tributi. It was really inspiring to see the startups coming out the region solving real problems locals are facing. I even met several interesting people while dancing. One person was a nomadic startup founder with a fully remote team and the other was a former New Yorker who is now a local operator of a bitcoin ATM. I wish I had more time to explore the startup ecosystem in Medellin since I felt like I just started scratching the surface but I will hopefully be back soon. 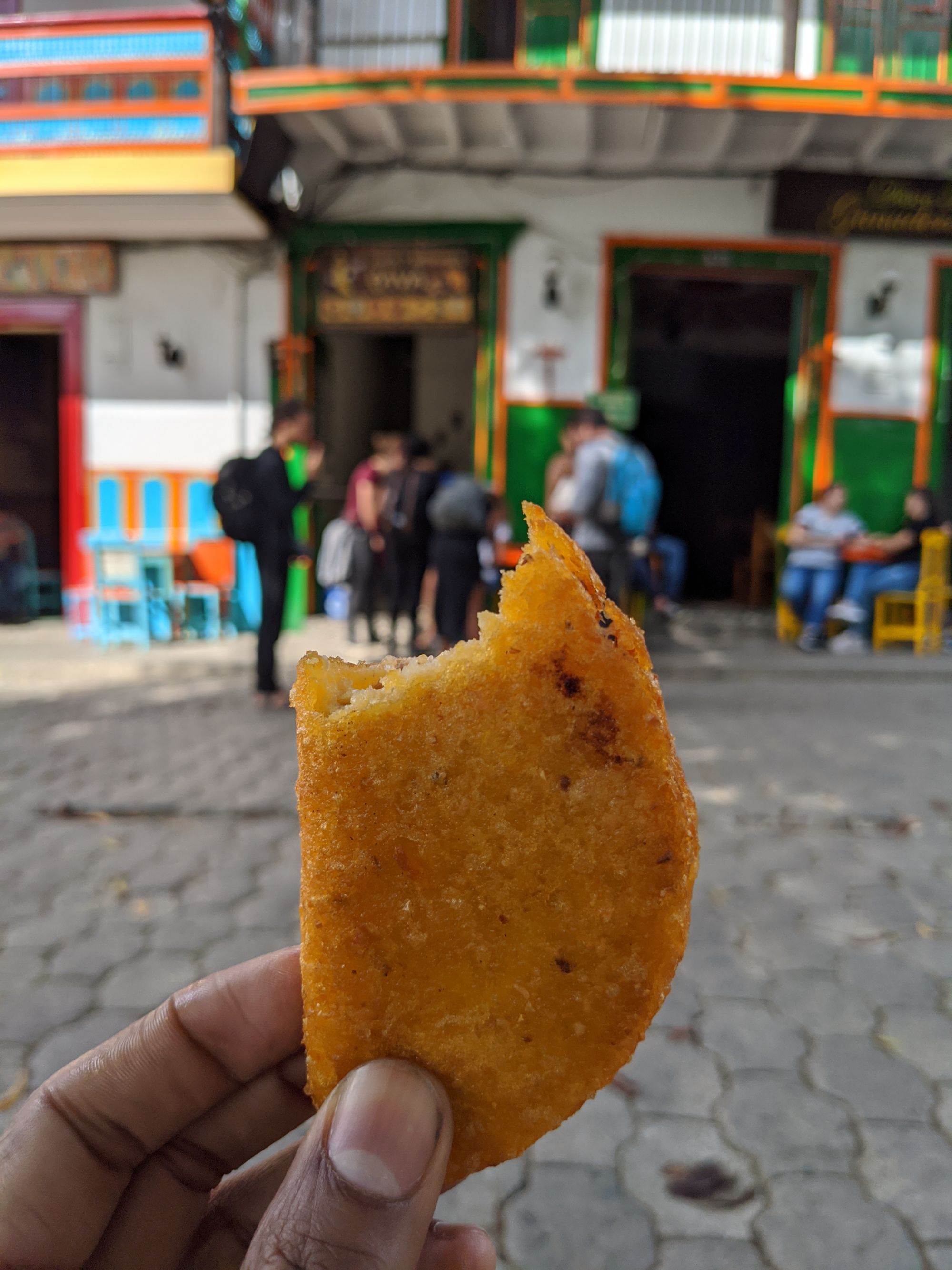 Empanadas were a staple of my Medellin diet. They were cheap and widely available everywhere. I personally enjoyed Colombian food and it reminds me a lot of the Puerto Rican and Dominican food I grew up with but it is a lot of meat and carbs so it was something I tried to have in moderation. I spent most of my time in the El Poblado area of Medellin which is home to many expats so there were plenty of international options for dining including some delicious vegan spots. Starting off with a chocolate hand wash, the dining experience at the restaurant El Cielo was one of the most unique dining experiences I've ever had. Besides eating, I kept busy taking private bachata and salsa lessons three times a week and private spanish lessons four times a week. These lessons were very affordble and a great way to quickly improve. I felt a lot more comfortable speaking spanish from getting more exposure and practice from the month.

I also kept busy continuing with my small business experiment. One of my goals for the trip was to launch an ecommerce shop so throughout the month I spent time seting up a shopify store to drop ship android phone cases and started figuring out the Facebook/Instagram ad process. Once I have my first sale from dropshipping, I will write a post explaining my experience with that.

These are tough times for small businesses with the coronavirus spreading across the globe and causing governments to take unprecedented measures to slow it down. If you are worried about all the small

I've been writing down New Year's resolutions every year since 2013. I have found this practice to be really helpful to me. Every January is a reminder to check in on myself and

Get this bread
—
One month in Medellin living Unsettled
Share this